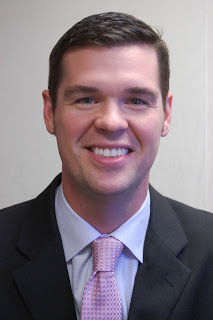 Dignity in Pay Act
by Ryan Croke, Executive Director of the Illinois Network of Centers for Independent Living, @IllinoisCILs

In America’s long struggle for worker’s rights and fair wages, one segment of the workforce has too often been left out of the discussion. Workers with disabilities represent a substantial (by some estimates, more than a fifth) portion of the population. They face staggeringly high levels of unemployment and underemployment.

What’s worse – federal and state law allow employers to pay workers with disabilities less than the minimum wage. The well-intentioned law that allows for this was written in the 1930s, and its consequences have been severe.

Section 14c of the 1938 Fair Labor Standards Act permits the payment of subminimum wages to workers with disabilities. It is time for Illinois to join the ranks of six other states and phase out this practice in a gradual, responsible fashion.

119 employers in Illinois have special permits that allow them to pay hourly or piecemeal rates to more than 11,000 Illinois workers with disabilities, most of whom work in “sheltered workshops” that offer very limited opportunity for advancement.

Sheltered workshops provide menial piecework and often pay a “piece-rate” that can be as low as one cent per piece, or less than one dollar an hour.

A growing body of research and experience suggests otherwise. While in many communities, isolated, segregated, sheltered, subminimum work is the only clear option for some, it doesn’t have to be this way. Several other states (and several forward-thinking employers) have proven that with appropriate supports, people once thought incapable of any form of employment can, with the proper supports, contribute in a significant way to their employers’ goals. This is just one reason states are taking action to phase out the subminimum wage.

A 2016 documentary called “Bottom Dollars,” examined this issue head-on. The film reveals the exorbitant (high six-figure) salaries of some of the executives who profit from the operation of subminimum wage labor. Most importantly, though, it profiles the plight of workers with a range of disabilities, proving beyond any doubt that segregating disabled workers and paying them ridiculously low wages can be not only immoral, but insulting and ineffective.

The deep harm of the subminimum wage is not just that it relegates and forces many highly capable, ambitious workers with disabilities into menial, unfulfilling and below-poverty wages – it also impacts our collective expectations about work and wages for people with disabilities. Every improper placement of a person with a disability into a subminimum wage position reinforces the worst stereotypes and barriers for disabled workers in our communities.

Fortunately, a thoughtful solution to this challenge has been crafted.

Modeled after a law in the state of Maryland, the Illinois Dignity in Pay Act would make a gigantic leap forward in modernizing our landscape of services and supports designed to assist people with disabilities to secure real work and real wages: competitive, integrated, supported and customized employment for workers, no matter the disability.

What would the law do? It has three central parts.

First, it would charge Illinois’ Department of Human Services (DHS) with devising a plan to phase out the subminimum wage over four years. The plan would provide the clearest opportunity in decades for a much-needed redesign to Illinois’ approach to supporting employment for people with disabilities.

Second, it would require DHS to write individual, customized work plans for each disabled worker now in a 14c position.

Finally, it would require an independent evaluation of the system-wide and individual planning efforts to clarify all the costs and benefits of the changes.

This is no small undertaking. Enacting the Dignity in Pay Act would represent the largest major shift in services and supports for people with disabilities in Illinois in decades.

Recognizing the audacity of the plan, a huge coalition has formed to support the Dignity in Pay Act – comprised of dozens of national, state, local and individual including many well-respected advocates for people with disabilities, the poor and worker’s rights. (Click here for the most up-to-date list of organizational supporters of the bill.)

And yet – opposition to the proposal is vocal and well organized, as well. Opponents of the bill have stoked fear, uncertainty and doubt about the proposed changes – using a heavy dose of misinformation.

This is not a partisan concept. In Maryland, a very similar bill was signed into law by Republican Governor Larry Hogan in 2016. In the US Congress, one of the loudest voices for phasing out the 14c wage loophole is Rep. Gregg Harper (R-MS), whose son has a “severe” developmental disability, Fragile X syndrome.

Illinois is fortunate to be represented in the US Senate by Tammy Duckworth, a veteran with a disability who has become one of America’s strongest champions for people with disabilities. Just last week, she joined Elizabeth Warren and five other US Senators in demanding more information from the US Department of Labor in the wake of a federal raid and closure of a sheltered workshop in Sterling (Whiteside County) Illinois, where more than 250 workers with disabilities were being exploited.

To avoid more situations like this one, and to make transformative long-term progress for Illinoisans with disabilities, we should phase out the subminimum wage. It is past time for this practice to end.

You can learn even more about the subminimum wage and the Illinois Dignity in Pay Act by visiting www.DignityInPay.org .

Ryan Croke is the Executive Director of the Springfield-based Illinois Network of Centers for Independent Living (INCIL), where he advocates for the inclusion, integration and independence of all people with disabilities statewide.