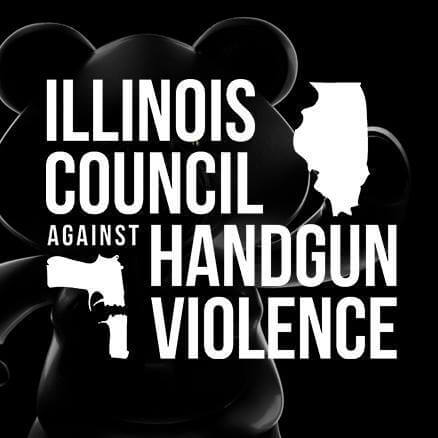 The Illinois Council Against Handgun Violence is the oldest and largest statewide organization in the country working to stop the devastation caused by firearms.  For 43 years, we have been pushing for common sense gun violence prevention measures that will help save lives while respecting the Second Amendment.

Gun violence prevention advocacy has been growing at a rapid rate over the last five years with more people getting involved and raising their voices than the movement has seen before.  After the shooting in Parkland, Florida this year there has been an increase of young people in the movement, and there is a wave change on the issue not only here in Illinois but in states across the country.

There are always a lot of gun bills introduced in the Illinois General Assembly on both sides of the issue.  This year we have seen movement on a handful of gun bills some of which have already made it to the Governor’s desk.  Below is an overview of those bills and their current status.

In 2016 the City of Chicago in conjunction with the Chicago Police Department and the University of Chicago Crime Lab released a report showing where crime guns come from in Chicago.  The report showed that 60% of guns used crimes come from gun stores outside of Illinois (Indiana is the biggest source of guns outside of Illinois at 20% of gun recovered) and 40% of crime guns come from gun stores right here in Illinois.  ATF currently regulates gun stores but they are grossly understaffed and lack funding necessary to effectively do their jobs.  There are 24 ATF agents to regulate over 2,400 gun stores in Illinois and 1,700 in northern Indiana.  On average a gun store is inspected every 5 to 8 years.  This measure would allow Illinois to regulate gun dealers and hold bad actors accountable.

The bi-partisan measure passed both chambers and was sent to the Governor in March.  The measure would codify industry wide best practices by requiring gun stores to:

Unfortunately, the Governor vetoed the legislation and there were not enough votes to override his veto.   As a result, the sponsors, Senator Harmon and Representative Willis are working in a bi-partisan manner with advocates to reintroduce gun dealer licensing and move it through both chambers in the coming weeks.

House Bill 2354 sponsored by Representative Kathleen Willis (D-77) would allow family members or law enforcement to petition the courts to remove firearms from the home for a limited amount of time if they think a person is a risk to themselves or others.

All too often in mass shootings, community members have noted warning signs before the shooting that if acted upon may have helped stopped the shooting.  Family members, friends and schoolmates are the people most likely to recognize these behaviors.  There have been several high profile mass shootings where a Firearm Restraining Order or “Red Flag” law might have helped save the lives of those victims.

In 2014 in Isla Vista California, a 22 year old killed 6 including 3 by shooting and injured 14 in a violent rampage.  The parents of the shooter notified law enforcement with concerns about their son, which led to the escalation after law enforcement, was unable to remove the firearms because no crime had been committed.

In 2011, a shooter in a Tuscan shopping center killed six while wounding an additional 13 including Congresswoman Gabriel Giffords, prior to that shooting his parents took his guns and firearms from him because of their concern.

A firearm restraining order would help stop these criminal acts. This type of legislation has gained some popularity across the country since the devastating school shooting at Marjory Stoneman Douglass High School on Valentine’s Day in Parkland Florida.

A Firearm Restraining Order would allow courts to remove a person’s access to guns if they pose a significant risk to themselves or others. The court may consider evidence of whether the person has made a recent threat or committed a recent act of violence, violated a protective order of any kind, been convicted of a violent offense or engaged in a pattern of violent acts or threats in the past 12 months.

Once a FRO is authorized a restrained person must surrender their firearms to law enforcement. A Firearm Retraining Order is for a six-month period.  There is also a criminal penalty for anyone who files a petition known to be false.

This legislation has overwhelming bi-partisan support and will likely be called for a vote in the next couple weeks.

HB1468 introduced by Representative John Carroll and Senator Julie Morrison would require a 72-hour waiting period on the sale of assault weapons.  The bill passed both chambers and is currently awaiting action from the Governor.

HB 1465 was introduced by Rep. Michelle Mussman and Senator Julie Morrison and would raise the age to purchase an assault weapon from 18 to 21.   The measure is currently awaiting action in the House.

SB 2343 sponsored by Senator Kwame Raoul and Representative Marty Moylan would ban the sale of bump stocks in Illinois.  The measure passed the Senate and will likely be voted on in the coming weeks in the House of Representatives.

If you would like to learn more about these bills or the efforts of the Illinois Council Against Handgun Violence, the lead organization of the Illinois Gun Violence Prevention Coalition, a partnership of over 140 organizations working for common sense gun laws, please reach out to us.  Email is info@ichv.org, phone is 312.243.4248 or check us out on Facebook, Twitter and Instagram.