Motorcycle Issues in the State of Illinois 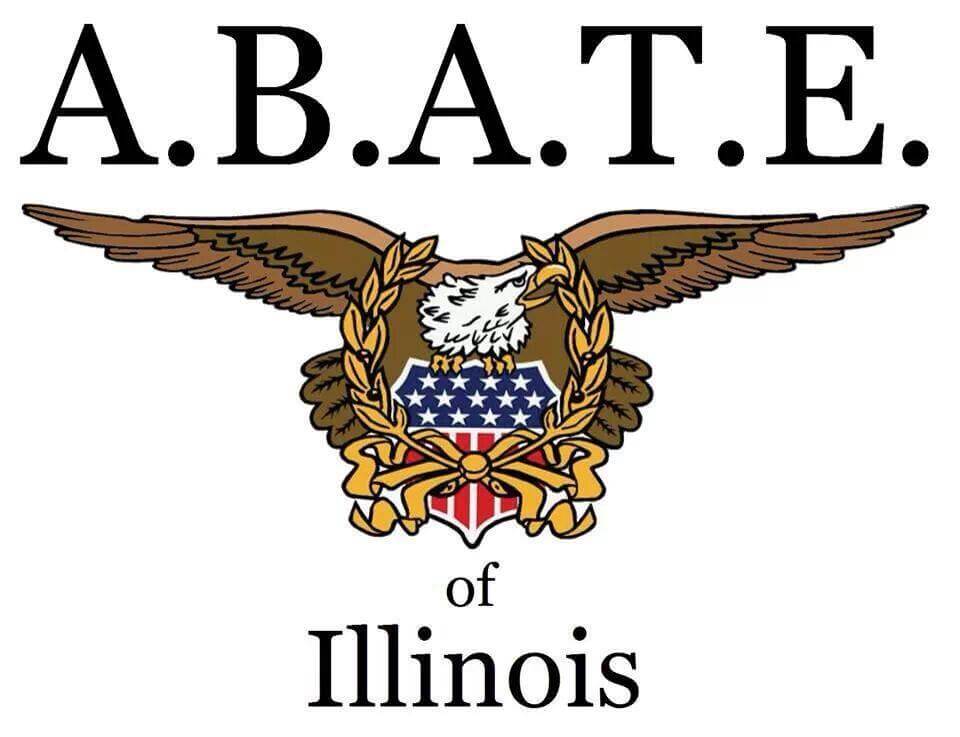 ABATE (A Brotherhood Aimed Towards Education) of Illinois is the State Motorcycle Rights Organization (SMRO) for all of Illinois. We work with other SMROs throughout the country, and the Motorcycle Riders Foundation in Washington DC to address the concerns of the motorcycling community and educate the public on our issues.  ABATE has thousands of members throughout Illinois. Our members are very passionate and active in politics, volunteering on many campaigns on both sides of the aisle.

ABATE is mainly known as an “anti-helmet” group responsible for keeping Illinois without a mandatory helmet law for motorcycle riders. This is a half-truth. Yes, we are responsible for engaging in citizen advocacy to keep Illinois from enacting a mandatory helmet bill. We are not “anti-helmet” though. We are pro helmet choice. ABATE believes that it should be the responsibility of each rider to decide for themselves whether or not to wear a helmet, and that helmets should not be a government mandate.

Unfortunately, in Illinois, riders are dying in accidents with or without helmets. In Springfield we had two young riders die when a truck turned left in front of them. We also had a promising young mechanic killed when a driver who had a revoked license pulled out in front of him. All 3 riders had helmets and gear on yet died due to the actions of the other drivers involved. It was later discovered that the driver of the truck was paying attention to his Uber app when making that fatal turn, and the revoked driver was found to once again to be driving under the influence when she killed the mechanic.

Dr. David Gill (Emergency Room Doctor, former IDPH Assistant Director, and former Democratic Congressional Candidate) said it best – “Rather than focusing on dictating actions to be taken by motorcyclists, we need to focus on educating those who drive other types of vehicles.”

Drunk, Drugged, and Distracted driving are serious issues for motorcyclists. Many of us have lost friends to these types of drivers. As bad as these three behaviors are, there is a fourth type of driving that is emerging as a more serious threat to motorcyclists – no driver at all. Autonomous Vehicles (aka driverless cars) are hailed as a way to make highways safer and to reduce fatalities. These vehicles rely on a technology called Lidar to “see” and interpret their environment. Lidar is known to have issues seeing small cross section items, such as pedestrians, bicyclists, and motorcyclists.  Recent data presented in Washington DC showed that Autonomous Vehicles failed to detect motorcyclists directly in front of the car over 40% of the time. According to the latest report from California, General Motors AVs averaged 6,000 miles logged between traffic accidents, or as I put it – an oil change and a boom.

When you combine the known technical issues with the very public failures of this technology (fatalities and motorcycle collisions), you can see how motorcyclists would be very concerned with the regulations affecting autonomous vehicles. IDOT has an Autonomous Vehicles Task force that has met for nearly 2 years without input from the motorcycle community, and proposed legislation at the statehouse would’ve let AVs operate on our roads with very minimal safety requirements and almost no oversight. ABATE continues to fight to make sure our concerns are heard on this issue.

Another issue facing motorcyclists is the issue of profiling by law enforcement and state agencies. Sport bike riders often face aggressive stop techniques by law enforcement. This has included head on stops with an officer charging at a bike, stops with hands on weapons, and one incident where an officer cut a bike off and jammed his brakes causing the motorcyclist to wreck into the squad car. None of these incidents were due to fleeing or any other kind of action. They were defended as “precautions” against the potential of the bike to flee.

In Harvard, members of a motorcycle club and their friends were made to leave a public festival on park grounds due to an “anti-gang” ordinance that prohibited the wearing of anything considered “gang related”. The members and friends were not engaging in any criminal activity and had done nothing other than wear clothing. After being contacted by ABATE, the City of Harvard is now working to revise these ordinances to address constitutional concerns.

In Johnston City, the Illinois Gaming Board threatened disciplinary action against a bar owner unless she fired her bar manager and signed an affidavit of disassociation from him. His crime? He belongs to a local MC. He is also the fiancé of the bar owner. Both individuals have no criminal record, and are certified as foster parents, yet the Gaming Board wants to punish them for freely associating with other individuals. ABATE is currently pursuing legislation to address profiling on the State level.

ABATE also works to defend against unintended consequences of bills. Recently a proposed ban on body armor possession would’ve banned many types of protective motorcycle clothing. ABATE is working with the sponsor of that legislation to address the concerns.

As stated earlier, ABATE is about education. In addition to educating the public and politicians, we educate other riders. ABATE helped design and fund the Cycle Rider Safety Training Fund. The fund pays for free motorcycle safety riding courses throughout Illinois. These courses are taught in partnerships between colleges, IDOT, and the Motorcycle Safety Foundation. The course allows for new and experienced riders to sharpen their skills and teaches effective methods for avoiding accidents. Most states charge upwards of $3-500 for this kind of training, but here in Illinois it is provided for free because of our fund. This fund is paid for by motorcyclists thru fees we placed on ourselves. ABATE watches to make sure that this fund is not “swept” as a method to pay for other budget problems. Riders created this program and created the mechanism for funding it.

When it comes to solving the problems facing the motorcycle community, ABATE works to find innovative solutions by talking to all the stakeholders involved. As technology and the problems facing Illinois evolve, ABATE rises to meet those challenges while preserving the freedoms and self-reliance that characterize the motorcycle community. I encourage you to learn more about us at www.abate-il.org or facebook.com/ABATE4IL.