I hope this message finds you and yours well, but I know for many of us it will not. We are exhausted, angry, in anguish, and in pain.

We must continue to resist, persist, and win. The positive change we made in Illinois with the 2018 Blue Wave, must happen again and at the federal level. The beginning of the end of this horrific Administration is in sight. We must not lose focus. We must save democracy.

A salient part of saving democracy is combating racial inequality. That requires us to listen to the lived experiences of the Black community and act to correct the injustices inflicted upon them. Read messages from a few of my fellow County Chairs. 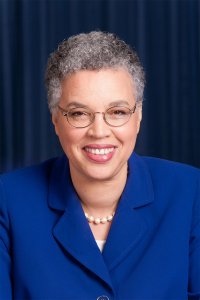 In the midst of a pandemic and the resulting economic collapse, yet another unarmed black person was murdered by the police.

As such murders are an unfortunate, almost everyday occurrence in our country, we should take the opportunity this moment provides to work for police accountability and investment in the African American and Latinx communities devastated by the endemic racism that has plagued our nation since its inception.

“Freedom and justice for all” is the work of our lifetime. The large multi-cultural, multi-generational protests being held throughout Illinois from Anna to Chicago, Pekin to Carlinville, Rockford to Taylorville, Lincoln to Jacksonville and every village and city in between demonstrate that we are at a tipping point in our society where the status quo is no longer acceptable and there is a desperate need for real structural and transformational change throughout our governing systems.  This loud outcry of generational pain, a response to the continuing injustices perpetrated upon those least able to defend themselves, provides us with an opportunity for real community redress and partnerships where individuals feel they have an ongoing voice that really means something and will have a lasting impact.

Some may say these are local issues that are best addressed at the local level and not something that the Illinois Democratic County Chairs Association should even be talking about.  I could not disagree more.  Systemic racism has a stranglehold on America and life is literally being choked out of our communities.  This organization is comprised of local elected representatives, and we have a responsibility to stand together, speak boldly with one voice, and demand cultural change that benefits everyone.  Silence is tantamount to approval or tolerance of the status quo and currently in our country’s history silence is unacceptable.

The ugly truth of racial injustice has been with us for centuries; however, it is now being played out every day on our television screens as we have a front row seat to African American men being harassed and murdered for no other reason than the color of their skin.  We also see the peaceful protesters taking to the streets, and we see the looters.  Do not allow the bad actors to distract you from the cause of the anger and mistrust of our governmental systems including law enforcement.  You are witnessing the symptom of years of racist acts and homicides perpetrated on those who can no longer “go along to get along”.  The difference between previous acts and those of the last months – cellphone videos capturing the acts in real time!

As we ask individuals to go to their polling places and support our candidates, we have to demonstrate to those voters that we see them, we hear them, and we stand with them not only as we ask for their votes on election day, but today as they ask us to join in their generational cry for fair and equitable criminal justice systems at the local, state, and federal level.

Do not remain silent.  Stand strong, speak boldly, and demand that your community bring together diverse voices, have the difficult conversations, and take the necessary actions that will lead to lasting cultural change throughout all governmental systems. 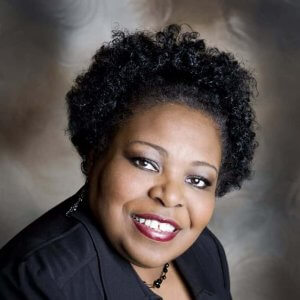 IDCCA President Kristina Zahorik asked me to write a few words about what our nation is going through the eyes and life experiences of an African American woman. Everyday, I pray to God to protect my son and grandson, because whenever they leave home it’s not a given, they will return safely.  It’s not that I worry about some random act of violence or an accident. My fear is they won’t return because the people we have entrusted to protect all of us often see them as a threat based on the color of their skin.

Our nation continues to be divided by race, but this did not start with George Floyd’s murder or when Donald Trump was elected president. The targeted brutality and racism that police have been allowed to use when engaging people of color, especially black men, has happened for generations. As a black person this is something from a generational point we were told to just accept as normal.  This is a conversation and lesson I’ve had to teach my son. Why it seems more prevalent is because social media and camera phones.

Officers must be held accountable when they engage in abusive behaviors or employ criminal tactics in the guise of upholding the law. Police departments need to focus on their diversity recruiting efforts, but also be active participants in the communities they serve. We need the police, but the brutal racist tactics and silence among fellow officers must end.

The power that we have as a people is at the ballot box.  We must vote out elected officials who do nothing to help undeserved communities and ignore these systemic issues. Part of what is considered the new racism is denying its existence or that it has any influence on how minorities are treated, or the opportunities afforded them. These disparities continue today in housing, education and in employment opportunities. This is why it is important we support diverse candidates so all voices are represented and can make these necessary improvements.

As a black woman and mother, I shouldn’t have to wonder if the color of my skin, and especially of my loved ones, will be a reason if I see them the next day. I’m encouraged by the peaceful protesters throughout the country representing all races, ages, genders, and socioeconomic classes demanding change.  As a Democrat, I also know we truly are the party of inclusion and diversity and will continue to fight for these changes. 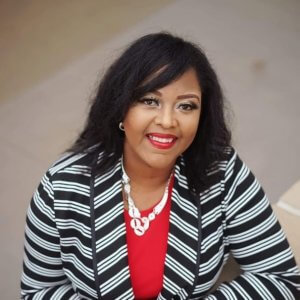 I’ve operated under the Big Blue Tent for most of my life, but the duality of my life as a Black woman, military veteran, and someone who represents and navigates numerous systems and institutions that are in many cases oppressive, bears its fair share of challenges and irony.

As we grieve, process, protest and take action in the wake of the murder of George Floyd at the hands of rogue law enforcement, we ought not forget that the outrage many Americans feel is a symptomatic accumulation of perpetual, unchecked and never ending wrongs against Black people. The fires that burn communities across this nation are a result of this nation’s refusal to address the preventable fires within its organizational walls. This moment in history is about so much more than the cruel and preventable death of Mr. Floyd and I implore Democrats to reflect and adjust accordingly.

We shall not be apologetic in the face of controversy. We ought not forget that there were three additional officers whose oath was to protect and serve, but who chose to turn a blind eye and stand by. They chose the institution over protecting human life.  I say to my fellow Democrats, let us not be as the three officers who allowed this injustice to take place, unchecked. As we call for peace, be sure that what we aren’t truly calling for is our silence, inaction, and idleness. I am, we are the Party for all. The Party of people over policy; lest us not forget.

As we resort to our corners of the state, I ask that we give great consideration to supporting policies and legislation that address social equity, judicial reform and police misconduct: sanctions for police officers whose body cameras are not turned on while on duty and in contact with the public, disbanding quality immunity, implement “Duty To Intervene”, and licensing police officers as IL States Attorney General Kwame Raoul has called for.

Thank you IDCCA President Zahorik for leading by great example, demonstrating true allyship and for providing me the space to address our Party during these difficult times.

We will continue to listen, share experiences, and elect Democrats committed to positive inclusive change.